Self-defeating behaviour is something we all experience at some time or another.

For example, a child may be determined to gain attention through naughty behaviour. Initially this may be positive attention, later negative attention – but attention all the same. Eventually, this becomes a habitual and often stressful process for child and parent.

Perhaps we avoid certain types of work that we dislike until it becomes an excessively stressful situation. We complete the work at the last minute, under extra pressure and often unprepared. We are proving to ourselves that it was going to be stressful anyway.

It is, in a way, a maladaptive coping strategy. However, the strategy is no longer effective when the outcome is negative for the individual. So let’s go back to that work situation for a moment. It started off with one thing we don’t like to do. We leave it and manage to do it last minute and successfully get it out of the way. We do it again and again and eventually we have 10/15 things we are leaving to the last minute and at some point this strategy simply doesn’t work. We don’t get to finish the work or we make mistakes. We end up having a difficult conversation about the work that we had wanted to avoid in the first place. We have sabotaged ourselves. It’s an extremely stressful way of coping.

Self-defeating behaviour is a cyclical process that rotates around an ‘expectation’ of a negative nature. It is usually either sustained or worsens over time. Self-defeating behaviours ensure we fail to reach our goal(s). It might be fed by an underlying belief – perhaps we are scared to reach that goal or we don’t want to go through elements of the process in order to achieve that goal.

Many of our self-defeating behaviours are managed perfectly well and never need the support of a counsellor. Many may be simple unconscious efforts to ensure we gain the desired outcome (for example, lateness to the interview for a job that doesn’t appeal).

If we finally decide a change is required we often find the habitual nature of the behaviour makes change difficult.  Many of us believe that an outside factor is causing an issue, when in fact it is our own mind-set or behaviour that creates the self-defeating behaviour.

Self-defeating behaviours are stressful – we perform them in order to cope or avoid. However, often the originating situation we are avoiding doesn’t disappear. This means we have to perform these behaviours over and over again. Whether its making excuses not to do something or the way we react to someone else. By its very nature its repetitive, meaning the source issue will remain until its addressed.

One thought on “Self-Defeating: The stress of sabotaging yourself” 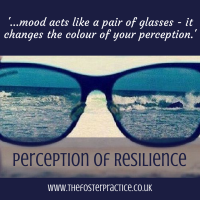 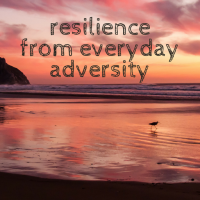